Breaking Down the Science Behind mRNA Vaccines 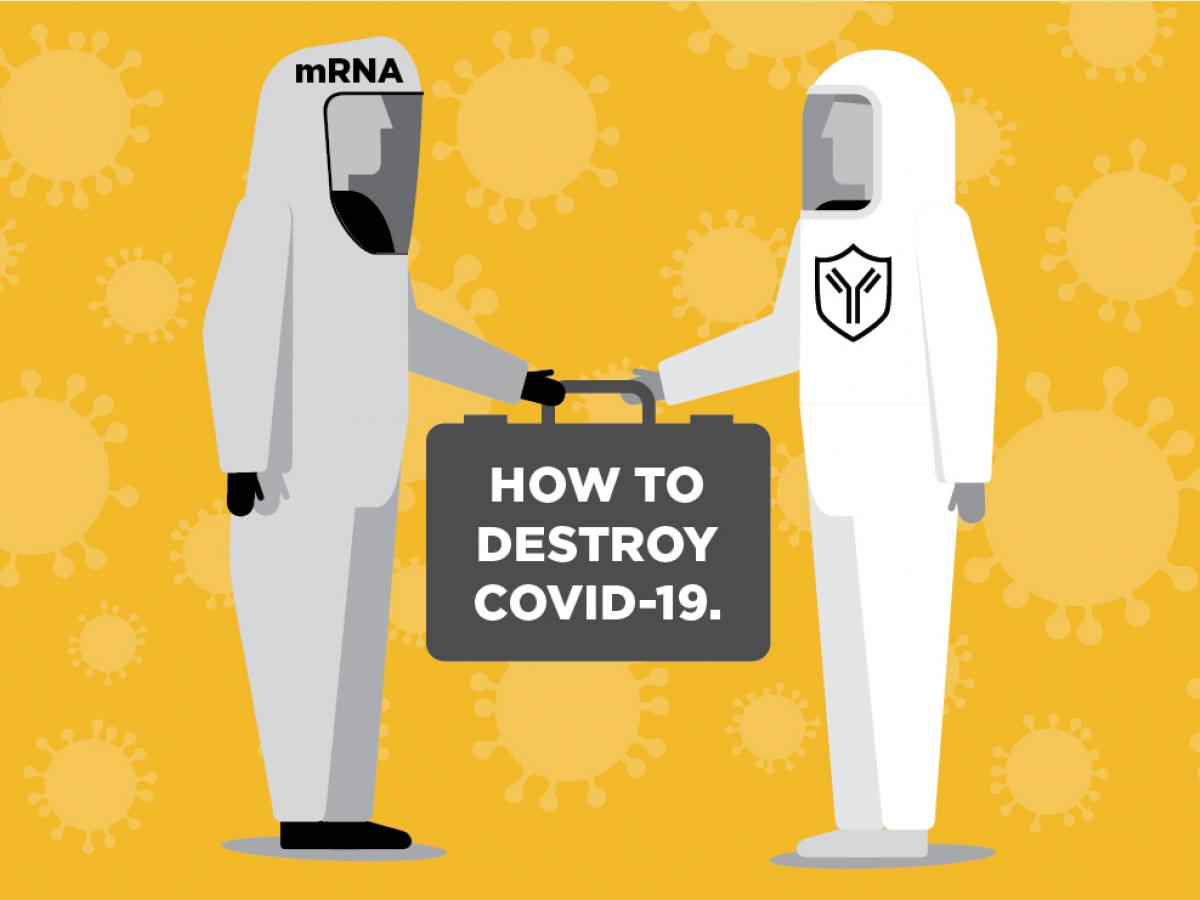 By now we’ve all heard about mRNA vaccines, and for good reason — the COVID-19 vaccines developed by Pfizer-BioNTech and Moderna are the first of their kind. Studied since the 1950s and used in cancer treatments since the ’90s, messenger RNA (mRNA) isn’t new technology, but in the world of vaccines, it’s just starting to make its mark. Here’s how it works, starting with the key players:

Your immune system acts as a security guard, and its job is to attack anything foreign that enters the body, including bacteria, viruses, parasites or any other germs that can make you sick. As soon as your immune system notices an intruder (known as an antigen), it immediately jumps into action to get rid of it. The thing is, it has to figure out how, which could take a few days. The longer it takes, the more time the intruder has to replicate itself and the sicker you get.

Viruses like SARS-CoV2 (aka the cause of COVID-19) are made up of proteins. These proteins help the virus attach to a healthy cell, invade and then use that cell’s machinery to make copies of itself to spread. To get rid of the virus, your immune system looks for the perfect protein to attack to either 1) destroy the virus, 2) stop it from being able to infect your cells or 3) stop it from being able to replicate itself. Once it finds the right target, it creates an army of its own protein (known as an antibody) to latch onto the intruder and take it down.

The beautiful thing about an immune system is that it has memory cells — once it knows how to fight off a virus, it remembers everything it needs to do it again. That way, if the virus returns, your immune system can skip the recon stages and go straight for the attack.

Insert vaccines to speed up the process.

mRNA’s Role in a Vaccine

The sole purpose of a vaccine is to get the “how to defeat” strategy into the immune system’s memory cells — without risking the consequences of an active infection. Typically, vaccines do that by putting a weakened or “dead” version of a virus, or some of its proteins, into your body. The process to find the right “pieces” of a virus to trigger a response without making you sick, and then mass producing them for an effective vaccine can be quite time-consuming. But with mRNA technology, it becomes a different, much easier process.

In an mRNA vaccine, the mRNA acts like a secret agent, giving your body the blueprints for the “bad” protein (which is harmless on its own) so your cells can make it, cause an immune reaction, create antibodies and then destroy it. Voila! Strategy, meet memory cells.

Of course, there’s a little more to it than that. Insert the science.

How it All Works

First, a quick refresh on how proteins are made. In order to for a cell to make a protein, it needs to follow a set of instructions. For humans, those come from the genetic material in our DNA, but for viruses, they can come from DNA or RNA. Regardless of the source, the instructions have to be transcribed into mRNA before the cell can do anything with them — an important piece for how and why this vaccine works.

Once transcribed, the mRNA goes into the special protein factories inside a cell, and uses the blueprints to pull together specific building blocks (called amino acids). Those building blocks can be combined and folded to make proteins of all different shapes and sizes, spikes included.

The COVID-19 virus has RNA inside of it with the blueprints for all of its parts, including its signature spike — the SARS-CoV2 spike protein. Not just for looks, the distinctive spike protein is what helps the virus get into cells and become as infectious as it is — making it one of the “bad” proteins and an easy target for our immune system to take out.

Now the cool part: Scientists extracted the blueprints for that spike from the virus’ RNA and created an mRNA version of it.

Because the mRNA tells the cells to create just the spike protein and not the actual virus, there’s no way to get infected with COVID-19 from the vaccine. But, the spike protein is still a foreign object your immune system has to destroy. As it ramps up production on the antibodies and starts to destroy the spiky proteins, you may start to feel the effects of the internal warfare in the form of a fever, muscle aches or chills. No worries though — it’s a completely normal reaction for all vaccines.

Once the mRNA tells the immune system, “This is what COVID-19 looks like, and here’s how you destroy it,” the mRNA “self-destructs” and is flushed out of your system within hours. Your human DNA is never touched.

So now, the instructions are broken down, the “bad” protein is defeated and everything from the vaccine is gone — except! Those precious memory cells. Congratulations, you now have the antibody cheat sheet to fight against COVID-19!

The Future of mRNA Vaccines

The concept of an mRNA vaccine isn’t just a product of 2020. Scientist have already been studying the potential of mRNA vaccines for a wide range of diseases. But now that we have a proven mRNA vaccine (thanks to worldwide collaboration and funding) to serve as a beacon of hope, who’s to say we can’t equip our immune systems to take on even more of these complex health issues? 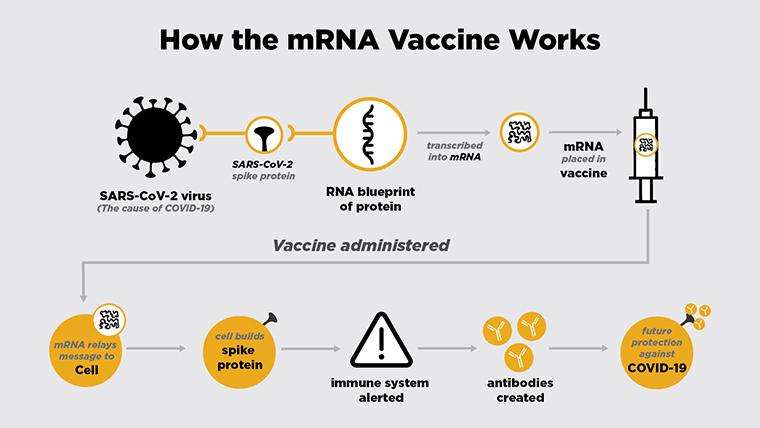