Did You Know: Growing Pains Aren’t Real — 5 Facts About Pain in Growing Kids 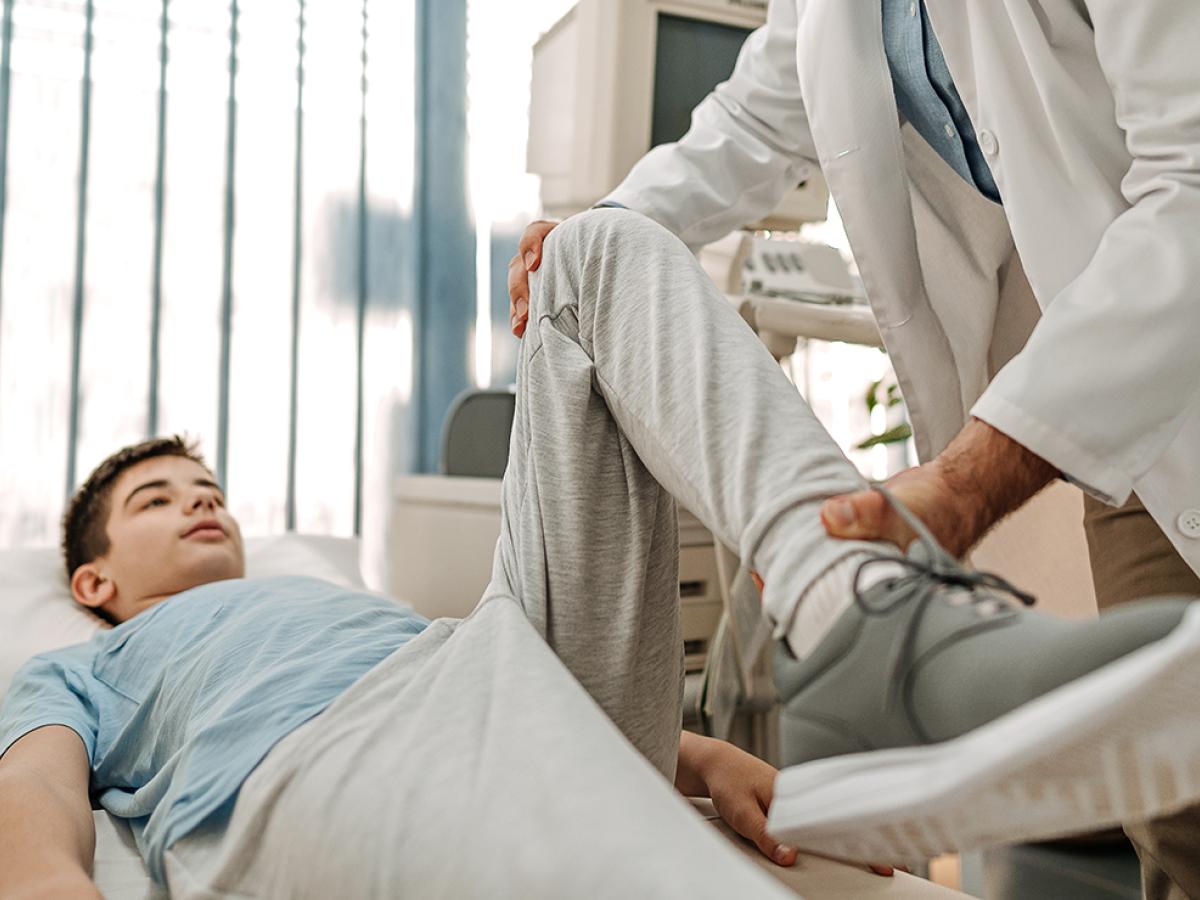 Oftentimes, when restless kids complain of random aches and leg pains keeping them up at night, it’s easy to chalk their symptoms up to “growing pains.” After all, they seem to grow at a ridiculous rate and it’s what most of us heard from our parents while growing up.

But growing pains isn’t an accurate medical diagnosis, according to Anjali Patwardhan, MD, a pediatric rheumatologist at MU Health Care. And assuming that your child’s pain is related to growth might mean you’re missing signs of a more serious issue.

To guide you in managing your growing child’s pain and to help you know when to see a doctor, we outlined what you need to know:

The “growing pains” people most often refer to tend to be late-night leg pains and restlessness. And while most of the leg pain children experience is benign, it’s not caused by growing.

“Growing pain is only called growing pain because it occurs during the time when a child is growing,” Dr. Patwardhan says. “But it’s not related to or caused by growth.”

Instead, she points to muscle overuse and underdeveloped collagen. Collagen is an important protein in the body — it’s responsible for making bones strong and allowing tendons and ligaments to stretch. But collagen isn’t fully mature until a child is around 12. When you combine skeletal immaturity with a typical child’s physically active lifestyle, it’s only natural for muscles and ligaments to feel tired and sore.

Up to 50% of children between 2 and 12 experience recurrent limb pain known as growing pains. But since physical activity is likely the cause of the pain, it makes sense that it occurs at night.

“If you did what your 2-year-old child does, you would be exhausted in 15 minutes,” Dr. Patwardhan says. “Their activities can exhaust their bodies. But their attention span is so short that they don’t realize they have pain until they slow down or are resting in bed.”

That being said, if your child has pain that occurs in the morning or feels better (not worse) with exercise, you should make an appointment with a doctor — it could be a sign of something more serious.

Nighttime leg pain can delay bedtime or even wake little ones. But thankfully, the pain doesn’t usually last long and is easily treated at home.

“It’s a very brief pain that tends to last up to maybe 30 minutes,” Dr. Patwardhan says. “It can happen every day or from time to time, but it doesn’t last 24/7.”

To ease your child’s nighttime leg or arm pain, try:

If the pain persists, reach out to your pediatrician.

4. Joint Pain in Children May Indicate a More Serious Condition

Typical overuse pain happens in the calves, thighs or the backs of the knees. But if your child complains of joint pain or is noticeably limping, especially in the morning, there may be a more significant issue at play than normal growing pains.

Juvenile idiopathic arthritis (JIA), also known as childhood arthritis or juvenile rheumatoid arthritis, is the most common type of arthritis experienced by kids under 16. It can cause joint stiffness, swelling and pain.

“Unlike growing pain, which is mechanical pain, arthritis pain stems from autoimmune inflammation,” Dr. Patwardhan says. It happens when the immune system attacks its own cells and tissues.

5. Certain Symptoms of Pain in Growing Kids Are Cause for Concern

If your child experiences symptoms in addition to typical “growing pains,” you should have them evaluated by their pediatrician. Concerning symptoms to watch for include:

These symptoms may suggest an overuse injury, stress injury or tight muscles. Occasionally, they can indicate a more serious condition, such as childhood arthritis, fibromyalgia or bone cancer.

Bottom line: If your kid is experiencing any sort of pain that can’t be explained by a long day of play, it’s best to play it safe and reach out to your child’s provider.