If You Snooze, Do You Really Lose? 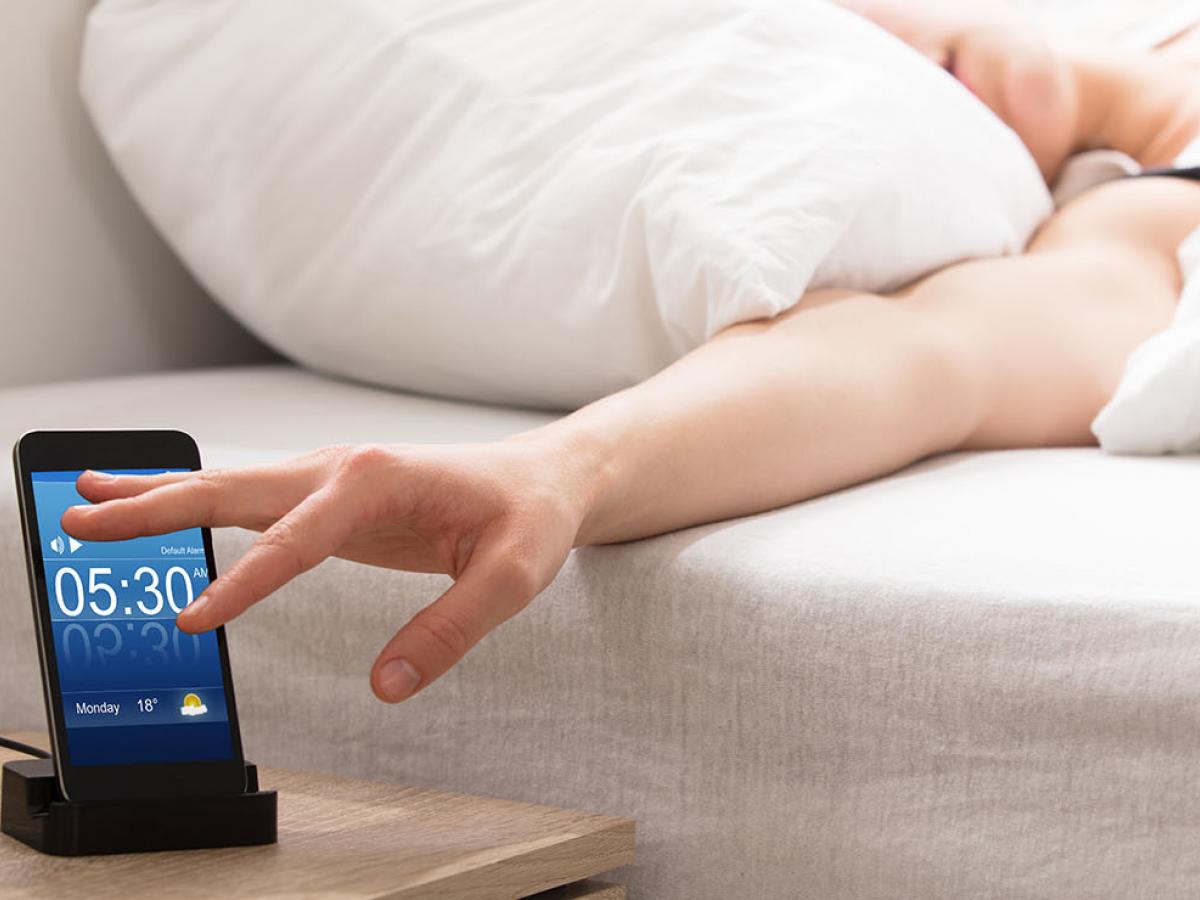 It’s dark outside, and you are in a deep, restful sleep when… BEEP! BEEP! BEEP! Your alarm blares, interrupting your peaceful slumber. You can’t bear the thought of getting up, so you tap snooze. Just as soon as you relax and drift off, there’s the alarm again. You play the snooze game for another hour before finally deciding to get up.

We’ve all been there, but is choosing to snooze really worth the extra minutes of sleep? We had a chat with sleep expert Dr. Pradeep C Bollu, MD to uncover the secrets to great sleep.

It’s all about a good night’s sleep.

We’ve all heard adults need at least seven to eight hours of sleep every night, but why? Beyond the obvious fatigue, research has shown that not getting enough z’s on a regular basis can lead to several health risks down the line such as dementia, stroke and heart attacks. And while that may sound like a clear argument in favor of the snooze button, that’s not necessarily the case.

Bollu says we spend about one-third of our lives asleep. But! In order to enjoy the benefits, you want to make sure it’s good sleep. In a perfect world, you would naturally wake up when the body is rested and ready, thanks to our natural sleep-wake rhythms. Throughout the night, your brain completes cycles of two types of sleep — rapid eye movement (REM) sleep and non-REM sleep.

Once you go through enough cycles of each, you’d wake feeling rested. Unfortunately, most of us don’t have the luxury of waiting for enough cycles — our lives are built around schedules, and they often start with an alarm.

Okay, so a quick snooze can’t beat science, but why then, does it feel SO good?

Whenever you wake up feeling groggy or “dead to the world”, it’s likely your alarm interrupted a non-REM deep sleep cycle or a REM cycle, which means you were either one, super relaxed or two, dreaming — neither of which is a moment we want to leave.

The truth is, by hitting snooze, you’re not helping your body finish that sleep cycle. Instead, you’re asking your body to start at the beginning — light non-REM sleep. You might not even get through this short phase before the alarm sounds again. So, you’re not actually gaining any rest, and you’ll likely feel more tired throughout your day.

There’s hope though — and it’s all about getting back to the sleep basics.

Set a bedtime (and stick to it). This is about changing your habits. (We know, easier said than done.) If you consistently go to bed at the same time, your body will begin to start (and finish) cycles around the same time and eventually you will start waking without your alarm.

If you’re used to going to bed later, it might take some time to adjust. Start by getting in bed and reading a book (real paper, no screens!) until you feel sleepy. The goal is to retrain your body. After a few nights of reading to get sleepy, you might start feeling ready to sleep earlier. The goal is to let your body start the first cycle around the same time each night.

Adjust your nightly activities. Try to limit your use of screens (TV, tablet, smartphone) at least two hours before your bedtime. The blue light from screens has been shown to stimulate the brain, making it harder to transition into sleep. And who needs to get worked up over random Facebook rants anyway? Try keeping the phone in a different room to avoid the temptation, and instead use an old-school alarm clock.

Hitting the snooze button might feel great in the moment, but in the long run, you’ll feel better if you stick to a consistent sleep routine. And hey, maybe you’ll even get to the point of not needing an alarm at all.

If you have more questions about your sleep patterns, talk to your doctor to get the best recommendations for you.