The Science Behind the “Mom Bod”: Permanent and Temporary Changes Caused by Pregnancy 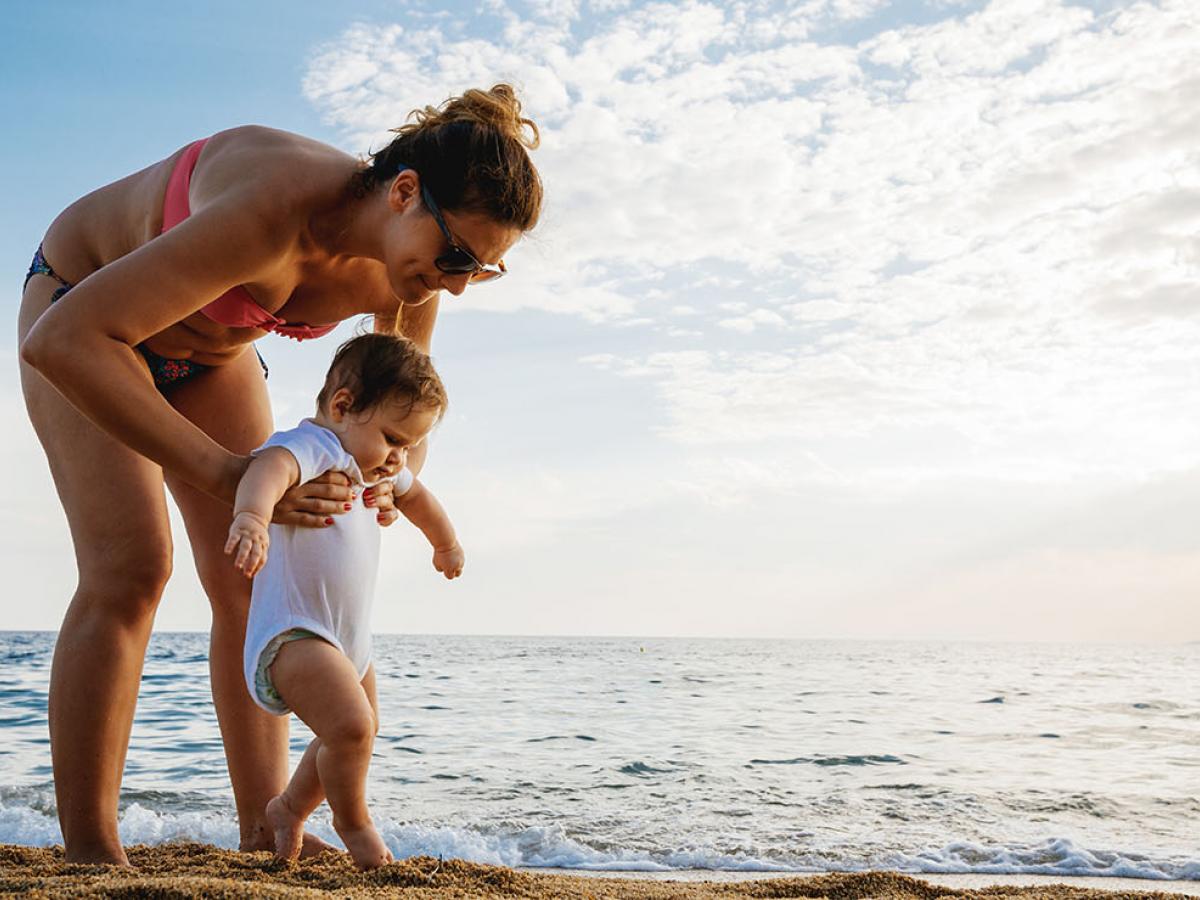 It’s safe to say growing and birthing a baby does “some things” to the body. And while many of those changes are temporary, like strange skin conditions experienced during pregnancy, some may be more permanent, like altered DNA.

Beyond growing an entirely new organ (hello placenta) and rearranging quite a few others, pumping 50% more blood, creating a milk factory and countless other amazing pregnancy feats, here are some of the top changes moms experience and the science behind them.

As the official home for the baby and the placenta during pregnancy, the uterus undergoes a massive transformation over the course of 40 weeks — stretching up to 500 times its normal size and increasing 16 times its normal weight. In order to , your body has to increase the number of muscle fibers, blood vessels and nerves throughout the wall of your uterus. It also pumps up the hormones relaxin and progesterone to relax the uterus so it can stretch and avoid any cramping or contracting until labor. As soon as you deliver your baby and the placenta, your hormones shift to make your uterus contract in order to return it to its normal size, which takes about six to eight weeks.

During pregnancy, an increase in hormones such as estrogen, relaxin and adrenocortical hormones can cause the fibers in skin to soften, weakening the skin’s elasticity and making it more prone to stretch marks. And although eight out of 10 women experience stretch marks, even those who don’t may notice their skin doesn’t quite bounce back the way it used to. That’s because the stretching that occurs to accommodate a baby can damage the natural structures that create skin elasticity.

The good news: Even if you are left with looser skin, there are ways to get its appearance closer to your pre-pregnancy look. A combination of cardio and strength training, healthy eating and drinking water helps build muscles to tighten the skin while also keeping it healthy and hydrated. You can also try using certain plant-based oils with antioxidant properties, such as almond, jojoba or coconut oil, to support your skin’s structure and elasticity.

More good news: Even though stretch marks stick around for good, they tend to naturally fade in color after a year or two.

An average person sheds about 50 to 100 hairs a day, but during pregnancy an increase in estrogen and androgen puts most shedding on pause. While these full, luscious locks tend to be a favorite among pregnancy perks, the fondness is typically forgotten once the postpartum hair loss kicks into gear. Luckily, the “loss,” as dramatic as it can be with clogged shower drains and temporary bald spots, is more about regulating your hair’s normal growth cycle than it is any sort of permanent thinning.

Many women find their shoes fit a little tighter post-pregnancy, and although hormones do play a part, they’re not completely to blame for this change. Carrying extra weight for nine to 10 months takes a toll on the feet and can actually flatten the arch in the foot, making the foot longer. Add that to loosened ligaments (and therefore a more spread-out foot) from the hormone relaxin and you can find yourself permanently sizing up half or even a full shoe size.

“Mom brain” isn’t just a cute name for the forgetful moments many postpartum moms experience — studies are finding it’s actually a real thing. When comparing the brains of women who have had children to those who haven’t, researchers found mom brains had a reduced amount of grey matter. Located mostly in the outer layers of the brain, grey matter is largely responsible for performing high-level tasks like seeing, hearing, processing memories and emotions as well as decision-making.

Researchers believe the reduced grey matter is part of a process known as “synaptic pruning,” where the brain eliminates certain connections in order to make new ones. In the case of parenting, reducing grey matter helps free a mom from less useful information so she can focus specifically on learning the behaviors and activities needed to raise her new baby. It also allows her to forget some of the not-so-pleasant moments, like recovering from delivery and sleepless nights, so that she’ll be willing to have more babies in the future. So, if you’re a mom who’s ever felt crazy for putting your car keys in the refrigerator, rest assured, there’s a reason for these temporary mental lapses and they won’t last forever. The grey matter in mom brains tends to return to normal after about two years.

During pregnancy, some of the baby’s cells can travel through the placenta into mother’s bloodstream, ending up in various parts of her body. For the most part, your body will eliminate the circulating cells shortly after pregnancy, but sometimes the cells can avoid the immune system for a long time. In the case that the cells integrate into tissue, they become part of your body for a lifetime, giving you two sets of unique genetic material. Typically, the tissues impacted are those that play a role in caring for the baby, including breast tissue (where milk is produced), thyroid (in charge of metabolism and heat transfer to the baby) and the brain (where emotional attachment to the baby is formed).

These are just some of the amazing changes mom bods accomplish in order to bring babies into the world. And while hormones are responsible for many of them, they too regulate after about six months. So, go on moms, give those bods a round of applause.

Copyright © 2020 — Curators of the University of Missouri. All rights reserved. DMCA and other copyright information.
Equal Opportunity/Access/Affirmative Action/Pro Disabled & Veteran Employer.
For website information, contact the Office of Communications. Disclaimer